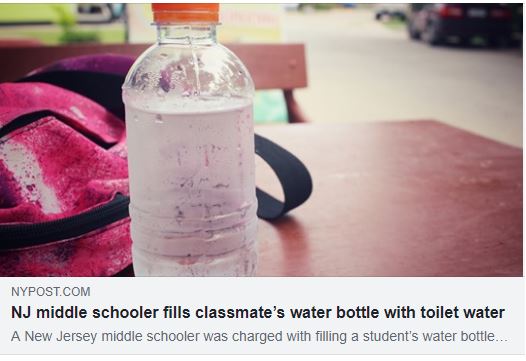 Apparently, it’s “big news” for the New York Post that a middle schooler filled up a water bottle for a friend with toilet water – what’s the big deal about that?  Whether it’s poured from the faucet/fountain or dipped out of the toilet, all water comes from the same place.  The scarier thought is WHO’S toilet water are you drinking out of YOUR tap?

Municipal water is processed through a complex recycling system that collects all the liquids together – from various sources INCLUDING your toilets.  – water that flows down your kitchen sink and water that is flushed down your toilet is the same water that will one day come back through the tap eventually in somebody else’s home.

The good news is that we have running water in most homes across America – the bad news is that by the time they get done with it, the only similarity between sewage that has been recycled and water out of mountain spring is that they’re both clear.

The next time you turn up your nose at the idea of drinking water out of a toilet boil…just remember…you already are.  If your tap water doesn’t offend you (and it should) then why would you be worried about drinking, cooking with, or bathing in a little toilet water?

There are simple steps you can take to be SURE that you’re drinking CLEAN, SAFE, HEALTHY water and it’s bigger than a Brita.   Just because your water source comes from somebody else’s toilet (and other places) doesn’t mean that you have to live with it that way!

If you ever get tired of drinking toilet water, reach out to me.  In the meantime, leave that poor middle-schooler alone – the toilet water he shared with his friend is no worse than what he could have gotten from the tap.  Just sayin’.

IF YOU WANT TO LEARN MORE ABOUT YOUR  WATER, ORDER THIS #1 BEST SELLER TODAY! 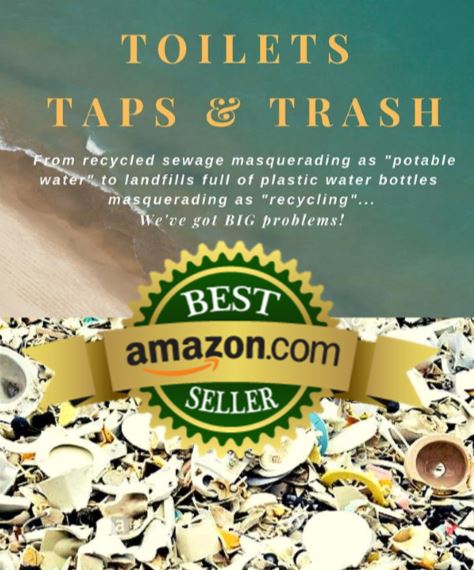