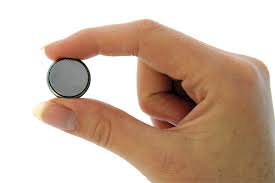 Panasonic is looking into using human blood to power electrical devices!    The company is researching the possibility of how blood could break down sugars to generate power like it generates energy for the human body. This type of “human batter” could ultimately power nano-devices implanted in the body.

Does that sound far-fetched to you?  It shouldn’t! The body is a miraculous (and intricate) charge of electrical impulses and it makes perfect sense that these internal charges could be used to “fire” a battery. …at least for those being implanted into the body.

Its been a long time since some of us have studied basic science.  This reminder should help “connect the dots” to this type of strategy:

When the body suffers injury and it needs to send a message from one point to another, it opens the gate. When the membrane gate opens, sodium and potassium ions move freely into and out of the cell. Negatively charged potassium ions leave the cell, attracted to the positivity outside the membrane, and positively charged sodium ions enter it, moving toward the negative charge. The result is a switch in the concentrations of the two types of ions — and rapid switch in charge.  It’s kind of like switching between a 1 and 0 — this flip between positive and negative generates an electrical impulse. This impulse triggers the gate on the next cell to open, creating another charge, and so on. In this way, an electrical impulse moves from a  nerve in your stubbed toe to the part of your brain that senses pain.

Since everything relies on these electrical signals, any breakdown in your body’s electrical system is a major problem. When you get an electric shock for instance,  it interrupts the normal operation of the system, sort of like a power surge.  A shock at the lightning level can cause your body to stop because the electrical process doesn’t work anymore — it’s fried.

There are also less dramatic problems, like a misfire that causes a heart palpitation or an extra heartbeat, or a lack of blood flow to the heart that upsets the pacemaker and causes other parts of the heart to start sending out electrical (misfire) impulses. This is sometimes what causes someone to die from coronary artery disease,  or narrowing of the arteries. If the heart is constantly being told to contract, it never gets in a full contraction, and it can’t get enough blood to the rest of body, leading to oxygen deprivation and a possible heart attack or even stroke.

Many health problems can be directly attributed to misfiring of electrical signals.  Much research is being conducted regarding impulse issues that may be the contributing factor behind things like Parkinson’s disease, MS, MD, ALS, epilepsy,  Alzheimer’s and many more.  It would be fabulous to discover the root cause, but what can be done about misfired electrical impulses?

I drink electrolyzed, reduced, hexagonal water in my attempt to avoid a “misfire”.   My water is electrically charged and it is restructured to reduce the size of the molecule clusters so that I am able to  hydrate at the cellular level with every drop. You would be shocked (no pun intended) to witness the profound physical improvement that people experience  just by drinking electrolyzed, reduced, hexagonal water.  If you think THAT sounds far-fetched…perhaps you need a lesson on the power (and the electrical charge) of H2O?  That’s for another time….