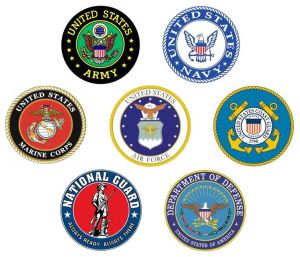 Unfortunately, it’s not difficult to count the number of lives lost in U.S. wars over the years.  It’s also not too difficult to count the number of wounded veterans…at least it shouldn’t be…even for our broken VA system.  But what about all of those “other” conditions that aren’t necessarily recognized as a direct impact of war?  “Conditions” that are often overlooked as having anything to do with time in service at all? From cancer to depression to PTSD…there’s a whole lot more lurking hiding behind the scenes and our Veterans are paying the price for it.

“The VA assumes that certain diseases can be related to a Veteran’s qualifying military service. We call these “presumptive diseases.“ VA has recognized certain cancers and other health problems as presumptive diseases associated with exposure to Agent Orange or other herbicides during military service. Veterans and their survivors may be eligible for benefits for these diseases.

Below is a short list of the “health problems” that can be directly associated with exposure to Agent Orange “or other herbicides” (per the VA).  If exposure to herbicides can cause everything from cancer to birth defects; rest assured chronic exposure to other toxins can do the same thing.

We may not feel the need to spray enough Agent Orange to kill the ground troops right along with the foliage these days but we are doing a little poisoning of our own nonetheless.  Saddam Hussein purchased pesticides by the millions of dollars and we’ll never fully understand the aftermath of destruction that he left behind.  Our troops are equipped with pesticide spray for their clothing and their skin compliments of the US military.  We immunize our troops with a multitude of shots for a multitude of “what ifs” before we deploy them to other parts of the world.  And last, but not least, we offer them commercially bottled water that has been stored in 150 degree warehouses KNOWING the dangers of exposure to the plastics.

Our troops are overloaded with toxins day after day after day and yet; we scratch our heads at the emotional and neurological challenges and we write cancer off as a sign of the times.  It’s time to detox our troops before it’s too late for them AND for the next generation they’ll likely conceive.  The government refers to our children today as being “pre-polluted”…a direct result of the toxins both mother AND father are exposed to!

(Reuters Health) – People with Lou Gehrig’s disease, or ALS, are more likely to have been exposed to toxic pesticides or to have served in the military than similar people without the condition, according to a new study.

We are eye-witness to dramatic improvement of PTSD symptoms and chronic depression JUST BY introducing eletrolyzed reduced water and reducing the toxic exposure overall. If you or someone you know is struggling with PTSD or depression then we need to talk.  Detoxing is the answer and we have the ideal solution.

ADVOCATING AGAINST TOXIC EXPOSURE…ALL ACROSS THE GLOBE