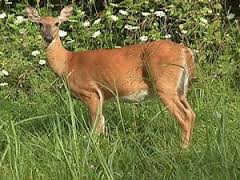 I understand that I’m putting myself out there to be slaughtered by my animal-lover friends, but I am compelled to make my case nonetheless.  I confess…I love this planet and I love animals but I love people  a whole lot MORE.   In my opinion, we spend a tremendous amount of time arguing over things that are potentially harmful to  “innocent” animals, but we don’t spend nearly enough time evaluating the long-term impact to “innocent”  humans.

For instance, why do dogs have a vaccine for Lyme Disease and people are suffering with this dreadful condition for YEARS?   Does it work?  If so, why hasn’t it been perfected for humans?  If not, why are pet owners standing in line to get the vaccine for their pets?  Hmm…

The latest human solution to the prevention of Lyme Disease is to spray chemicals on playgrounds and public parks to “protect” the children against  exposure to deer ticks.  Is that some sort of sick joke?  Expose them to massive amounts of chemicals in an attempt to guard them from Lyme Disease?   It is common knowledge that Lyme Disease is passed along by the deer tick.  It is also common knowledge that exposure to pesticides are known to cause cancer (and a lot of other problems).   Is it possible to come up with a viable solution that won’t harm Bambi?   I don’t consider exposing our children to concentrated amounts of pesticides to be a viable option.

My County is known to be the Lyme Disease hub of the world.  We have the highest rate of Lyme Disease of any other county in the nation.  I personally know dozens of people stricken with this horrible disease.  We have a massive deer population here and not much hope of getting this situation under control without some sort of drastic measures.  So far, it looks like the animals are winning.   In my opinion, their rights are most assuredly coming before the value of a human life.

Our County conducted a Lyme Disease task force meeting where there was a very heated debate over a proposed method of reducing the infected tick population.  This method involved using feed of some sort to attract the deer to concentrated areas where they would be enticed to rub their necks against posts treated with tick repellent.    The animal lovers were very passionate  (and very outspoken) about the cruelty surrounding this approach because they deemed it too “risky” for Bambi.  After all,  “they might get their antlers stuck between the posts” as they are rubbing against them.    Nix that idea.  We opted to spray the areas where our children play with toxic chemicals  instead.  Go figure.

I guess the good  news is that, although we’re not making a difference in the epidemic levels of Lyme disease here, we have lots of beautiful animals to grace the countryside.  Unfortunately,  many of our residents are too sick with Lyme Disease to enjoy it.

If you, or someone you know is battling Lyme Disease I want you to know that there is hope.  We are making great progress in the healing process of Lyme by boycotting antibiotics and giving the body what it needs to heal in the first place. Although antibiotics sometimes work well in fighting  co-infections, they compromise the immune system overall making the journey longer while leading the way to other (bigger)  problems.

The human body is a miracle from God and it’s ready to do battle if you’ll give it half a chance.  The right supplements, a healthy diet, essential oils and pure Kangen Water to hydrate the body and  flush the toxins.  Finally…a pot of gold at the end of the rainbow.