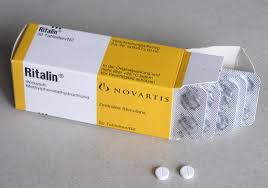 Ritalin is classified by the Drug Enforcement Administration (DEA) as a Schedule II narcotic.  It should come as no surprise that although this drug is  often prescribed to aid in calming and focusing young children, it is also abused by teens for its stimulant effects.

This prescription drug may have severe side effects including nervousness, insomnia, anorexia, loss of appetite, pulse changes, heart problems and weight loss and psychosis.  The manufacturer says “it is a drug of dependency” and yet we’re feeding it to our children at an alarming rate.  No need to scratch your head and wonder why Johnny has a drug problem later on in life if he began his narcotic journey as a youngster using PG-Rated cocaine.   That’s a no-brainer.

In June 2005, the US Food and Drug Administration issued a series of public health advisories warning that Ritalin (and drugs like it) may cause visual hallucinations, suicidal thoughts and psychotic behavior, as well as aggression or violent behavior.   That’s a warning label that desperate parents taking desperate measures to treat ADD and ADHD should be paying closer attention to.  In spite of the warnings, Ritalin prescriptions are at an all-time high.

One writer put it this way:

Over the years I’ve seen an alarming number of people struggle with their children and Ritalin has more-often-than-not been the recommended solution.  Some parents couldn’t get to the pharmacy fast enough to get their PG-rated narcotic and some fought back and searched for alternative ways to confront the problem.  These parents refused to drug their child and often endured criticism (and threats by the school system) as a result  but they boldly stood their ground for a drug-free option for their child.

Those opting out of a narcotic protocol addressed other things that impact behavior and alter brain function instead.  For instance, these  parents changed their child’s diet to avoid chemicals and preservatives and they forbid sugary juices and sodas and exchanged them for lots of  H2O. These parents were able to facilitate  astounding results and their children have grown into well balanced, healthy, successful, drug-free adults.

Toxicity is the enemy and you might be surprised at the changes in a child (physically and emotionally) just by avoiding those things that we already KNOW are toxic to humans…especially young ones in developmental stages.

Unfortunately it takes a lot of effort to make healthy changes and it may appear to be easier just to run to the pharmacy for PG-Rated narcotics but every child is worth the effort  and you’ll enjoy the fruit of your labor in years to come.

It’s time we practice what we preach.  Parents… JUST SAY “NO” TO DRUGS!

ONE LIFE AT A TIME!