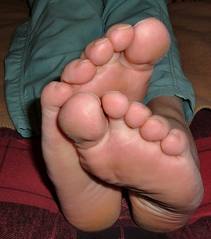 Have you ever smelled “stinky feet” on an airplane?  Before you ask the flight attendant to move you to another seat READ THIS!

Engine oil fumes can contaminate the cabin and flight deck air supply systems on  any commercial plane.  It is very important to limit your exposure because the fumes are highly toxic and can cause both acute and chronic health problems.

These toxic fumes don’t necessarily smell like oil.   Many people think they smell like “stinky feet” while others describe this toxic smell like “old cheese” or “wet dog”.  The important thing to remember is that these odors are not “normal” inside of an airplane and, although they are extremely toxic, the flight crew will not inform or warn you (for liability reasons).

Exposure to neurotoxins is serious business that leads to potentially serious neurological health problems.   Symptoms of neurotoxicity are often misdiagnosed because neurotoxic exposure is not understood, reported or considered in diagnostic testing.   Symptoms of exposure often “mimic” Fibromyalgia, Parkinson’s, Multiple Sclerosis, dementia, depression and many more.

Here is how the Encyclopedia of Occupation Health & Safety defines a neurotoxin:

A neurotoxin is any substance capable of interfering with the normal function of nervous tissue, causing irreversible cellular damage and/or resulting in cellular death

A friend of mine has been a pilot for a major airline for many years and knows first hand the consequences of neurotoxic syndrome.  This Captain smelled the “stinky feet” and knew immediately what had taken place.  The plane was landed safely but my friend was so overcome by the toxins that a wheelchair was needed just to exit this pilot (and crew) off of the plane.  Fortunately my friend was aware of her exposure so after years of detoxing and natural remedies to remove toxins and repair damage this pilot is back in the air again.  Had mainstream medical been called in, the diagnosis would most likely have been MS.

This pilot still wonders (and worries) about the passengers on that flight and how many of them were stricken with a chronic “condition” with no knowledge of their toxic exposure.  Most were probably too busy complaining about “stinky feet”  to realize that they had just been poisoned.

If you are ever on a flight and you smell “stinky feet” make your own “stink” about it with the flight crew and RUN to report the problem.  The consequences are a whole lot bigger than being “offensive” and everyone exposed should be informed.

CHANGING THE WAY THE WORLD LOOKS AT WATER!