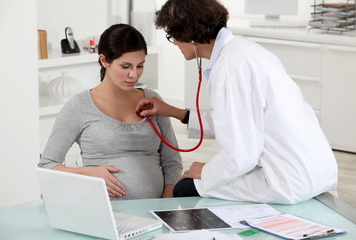 This Austin-based community clinic has the right idea for pregnant women!   They are taking a proactive approach to leading them toward better health and habits for themselves and their unborn babies.  Check it out!  “Doctor’s orders”

Every expectant mother knows that good nutrition is important during pregnancy. But a group of 30 pregnant women under the care of he People’s Community Clinic in Austin, Tex. has an extra incentive to eat well. Their doctors are giving all of them an unusual prescription for something other than a pharmaceutical drug: fruits and vegetables.

The FVRx produce prescriptions, as they are known, have been around for about a year in several clinics around the country. They entitle each user to a $1 per day subsidies on fresh fruits or vegetables, most often at farmers’ markets.

The 30 women at the People’s Community Clinic, which serves 11,000 low-income patients, are also receiving cooking classes that encourage them to actually use the produce they buy.

The idea behind the trial is both that women need to eat well for their developing children during pregnancy, and also that pregnancy is a time when women are particularly open to the idea of eating produce. So the clinicians and their financial backers at St. David’s Foundation and Wholesome Wave hope that many of the participants will continue eating fruits and vegetables even after their babies are born.